Coral reefs are home to tens of thousands of fish and marine organisms that we depend on for food, livelihood and employment. However, to date, coral reefs are threatened from both the negative impacts of climate change and human disturbance. Sharp declines in the abundance and biomass of commercially important reef fish species (target species) were documented in MPAs situated in the eastern side of Siquijor Province with more than 90% coral damage, after typhoon Pablo (Maypa et al. 2013, Maypa et. al. 2014) .

Research feedback is a good practice for effective CRM 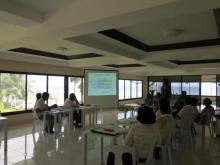 As CCEF scales up with its coastal resource management initiatives in Siquijor Province, the capacity of local government partners including the Province, are also expected to increase. We are currently implementing Project SUSTAIN (Strengthening and up-scaling through trainings, alliance building, institutionalization and networking of MPAs) in Siquijor Province through the support of UNICO Conservation Foundation in Australia. 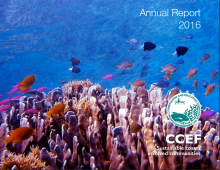 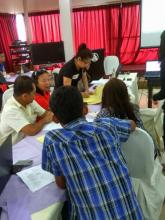 "The Province of Cebu should make sure that projects of the government are under the prescribed powers under the Local Government Code," said Rommel Kirit, senior environment specialist of the Provincial Environment and Natural Resources Office (PENRO).