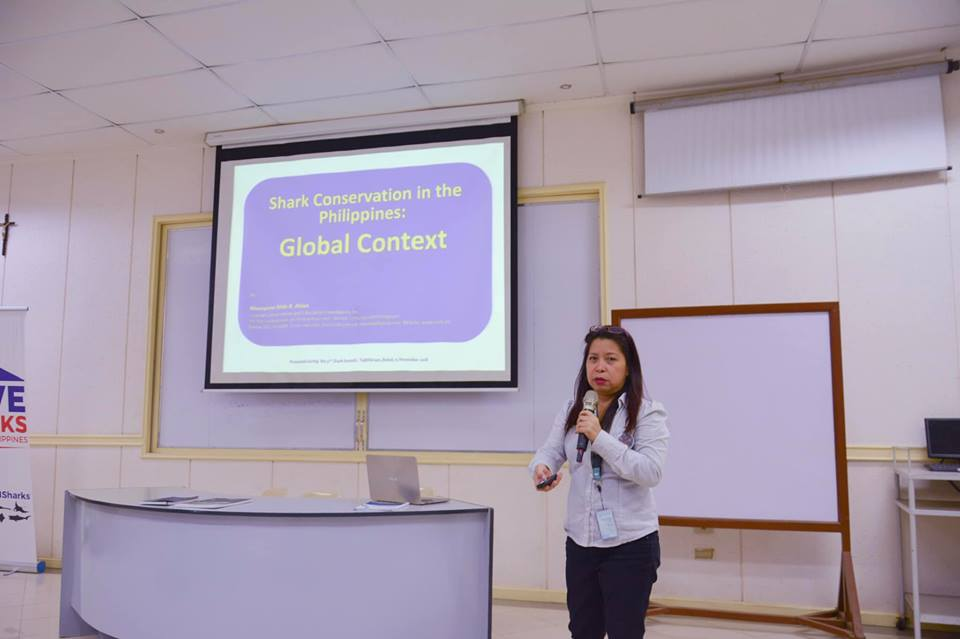 Sharks are important key players in structuring food webs, whether they are at the top of the food chain or at lower trophic levels, yet they are considered one of the most threatened taxa globally. In the recent years, there has been a growing movement for shark conservation in the country ever since the 1st Shark Summit in 2014.

The 3rd Shark Summit served as a platform to review and advocate for the proposed Shark Conservation Act of the Philippines, filed by Sen. Risa Hontiveros and in Congress by Rep. Gloria Macapagal-Arroyo last July 2018.

A series of presentations were also presented by noteworthy SSNP speakers including: Anna Oposa (Saving Philippine Seas) on the history of the Shark Summit (204, 2016 and present), objectives; AA Yaptinchay (Marine Wildlife Watch of the Philippines), on the shark conservation and management, Vince Cinches (GreenPeace) on the 2018-2022 Conservation Roadmap for Sharks and Rays in the Philippines ; Alesaandro Pnszo(Large Marine Vertebrates) on research outputs, including the whale shark tagging reasearch in the Philippines, covering Tubbataha in Sulu Sea. Moon Alava (Coastal Conservation and Education Foundation) on the global contact of Shark Conservation of the Philippines,including the amendment of the Fisheries Code under RA 10654, as a requirement for changing PH yellow card status from EU. DA UnderSecretary and BFAR Director Ed Gonggona graced the event and gave a presentation on BFAR programs and priorities.

A session on workshops of the four pillars of Shark Conservation: Research, Policy, Community Engagement and Communications was also discussed during the first day of the Shark Summit.

CCEF Executive Director , Moonyeen Alava was a key speaker during the event, presenting on the subject on “Shark Conservation in the Philippines: Global Context”